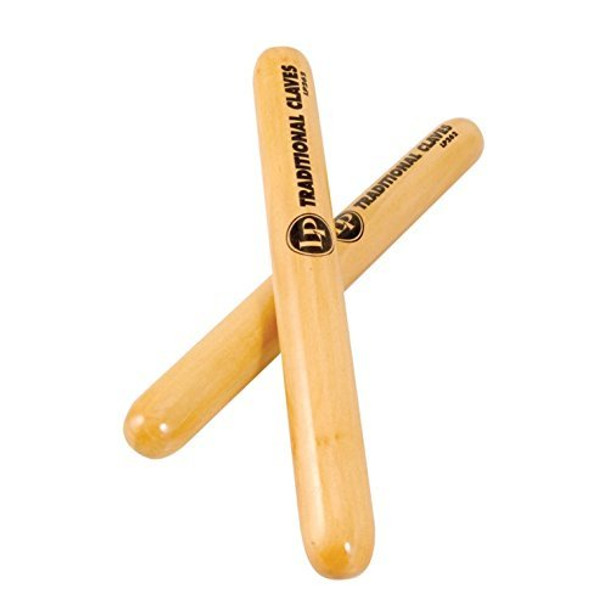 Clave (pronounced clah’ vay) is the rhythmic pattern that forms the basis of Latin music. Clave is phrased in what is known as a 3⁄2 (forward clave) or 2⁄3 (backward clave) feel. That is, three beats then two beats or, two beats then three beats. Claves are the traditional instruments used to play clave and are comprised of two sticks that are struck together to get a sharp, cracking sound. One is called the Clave or male, while the other is the Striker or female. The Clave lays in one hand between the fingertips and the heel of the hand, with the thumb out for support. This space between the Clave and the palm of the hand creates a sound chamber. The Striker is held as a beater in the other hand and is struck against the Clave.

MSRP:
Now: $439.99
Was:
Giovanni Hidalgo has played a major role in shaping the way the world thinks about hand drumming, and has played LP exclusively for his entire career. Giovanni replicates sounds with his hands that...

MSRP:
Now: $529.99
Was:
The LP Aspire wood conga sets are available in two sizes; one with 10" and 11" drums and the other with 11" and 12" drums. Both are available with either a chrome plated height adjustable LP Aspire...